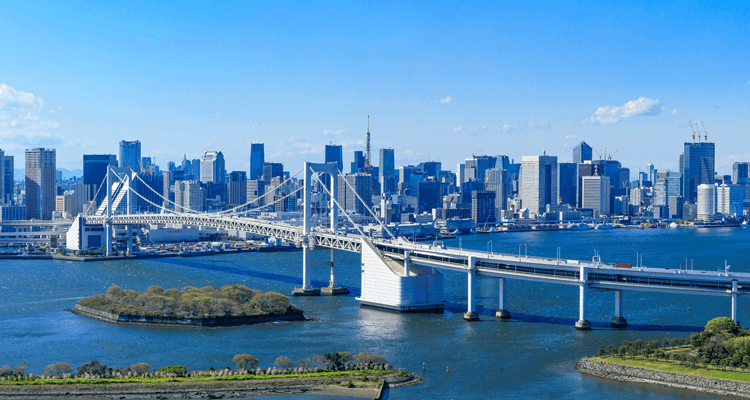 Sole Hosting of The Technology Committee Meetings for the Society of Motion Picture and Television Engineers (SMPTE) at IMAGICA Lab.’s Tokyo Imaging Center for 5 days from Monday, June 17th, to Friday, June 21st.

SMPTE (https://www.smpte.org/) is a global standardization organization based in North America that is highly influential in the visual media industry and sets various standards related to film and television technologies.
At these Technology Committee Meetings, which are held 4 times every year, engineers who actually set standards gather from all over the world to discuss face to face what needs to be standardized by SMPTE.

After the conclusion of the entire event, SMPTE’s Director of Standards Development, Mr. Thomas Bause Mason (hereinafter Mr. Mason), and Standards Vice President, Mr. Bruce Devlin (hereinafter Mr. Devlin), were interviewed and asked what they thought of the meetings.

The two began by expressing their appreciation to IMAGICA Lab. for hosting the event in Japan for the first time in five years by saying, “First of all, I want to thank you deeply for your effort in hosting this event” (Mr. Mason) and “You made it possible for us to have a meaningful meeting. Thank you.” (Mr. Devlin)

Regarding the meetings being convened in Japan, Mr. Mason said, “The location was fantastic, everyone from IMAGICA Lab. was extremely friendly, and the meetings turned out to be great. We got lucky with the weather, too. At any rate, all the meetings ended well, smoothly without a hitch, and were very beneficial.” Mr. Devlin said, “I have come to like this town. I personally love Japan, especially Tokyo, and always have great experiences every time I visit. This time was no exception. I am very pleased to have held highly fruitful discussions.” Furthermore, Mr. Devlin stated, “I discovered that there are differences in the dubbing styles between western countries and Japan, and also that Japanese subtitle styles are unique. It is quite difficult for most people to understand discover this when living outside Japan, but when a meeting is held in Japan, we get to see how new technologies are put to use.” He also opined about the significance of hosting the meeting outside of the U.S. “I feel it is important to visit various studios around the world like this because we learn from other cultures and that makes our standards more globally relevant.”

He further added, “I am pleased we were able to see, in person, the new technologies and techniques for the television and film industries being worked on in Japan. We all have a tendency to base our thoughts on standards that are most useful in our native country. Through our visit to NHK this time, I learned that Japanese television and film industries have their own unique cultures and tools. I think this is very important. Because we have to show that SMPTE is not a NY-based organization, but is a global one. It is imperative that we think on a global scale.” (Mr. Devlin), “Like Bruce said, we must set standards for each region with a global perspective and support them, and holding meetings in various regions is highly important to us. I am very pleased that by holding meetings here in Japan, in Asia, we could clarify this point. And I believe there should be more of these opportunities.” (Mr. Mason) The two spoke passionately about the direction SMPTE should take in the future.

Mr. Devlin stated that having had meetings in Japan, they want to use the occasion to “hold more meetings in various regions of Asia as we have already held numerous events in European countries.” Furthermore, he said, “In that sense, I believe Japan was an optimal location to hold meetings. Not only is Japan home to NHK, which we visited this time, but it is also home to Sony, Panasonic, and IMAGICA Lab., all of which are world-class companies. What’s more, as meetings were held in Japan, we had participants from China as well, which I thought was great.” Mr. Devlin stated the advantages of holding meetings in Japan.
Mr. Mason agrees. “We should hold events in both Europe and Asia with a much more global perspective. Events in Asia are usually participated by people from Asian countries and the same applies to Europe and America. I feel it is crucial for us to have people from around the world participate in our events held worldwide”, he says.

As for the technological aspects, Mr. Devlin, who is in charge of technology, stated, “Co-timing the standards meetings with user group meeting from the IMF User Group turned out to be fantastic with many participants and lively discussions. I believe that a collaborative model with inputs from technologists, standards developers, equipment builders and the user community will greatly influence the direction of our future technologies. The Standards and User Group meetings were highly beneficial, with discussions on subjects that ranged from incorporation of ST2110 (Video over IP) to Japanese subtitles in XML. I think these discussions are highly important and will be held on a global scale in the future.”

To host the Technology Committee Meetings for the first time in 5 years in Japan, IMAGICA Lab. spent more than six months preparing for this occasion with a team comprising of cross-organizational members.
In addition, as the two mentioned with positive feedback, tours and study meetings were held as special events as a part of the Technology Committee Meetings, and were well received by participants and non-participants.

IMAGICA Lab. will not only continue to support future activities of SMPTE, but also contribute to the global development of standardization of visual technologies.